Steve Carlin's extensive two-decade resume includes managing and growing a portion of Procter & Gamble’s health, beauty and cosmetics business, marketing at video games publisher Ubisoft, heading up global gaming strategy at Facebook and leading the business and global strategy for robotics at SoftBank. It’s been a journey that’s prepared him for the role he took on in August as CEO of AiFi, an AI-powered retail software company.

Today, Steve leads a company that has set out to revolutionize retail, allowing grocers and other stores to offer an unmatched, cashier-less experience. His San Francisco Bay Area-based startup recently announced that more than 80 retail locations worldwide have adopted its tech, which relies on an elaborate camera setup and computer vision to track patrons’ in-store purchases. From Denver’s Choice Market to France’s Carrefour to Poland’s Zabka and the U.K.’s Leicester City Football Club Stadium, grocers and other retailers are using AiFi’s autonomous platform so shoppers can purchase items and use self-checkout without waiting in line or stopping to scan and pay.

“As a person who shops, I certainly understand the desire for a better shopping experience,” Steve said.  “I’ve grown my career in consumer goods retailing and technology, which has helped me understand the struggles within the industry and identify where technology can address those issues and improve customer experience.”

We recently caught up with Steve and discussed the future of grocery and global retail tech, edge computing and more. What follows is an edited version of our discussion:

When did you know you wanted to work in tech?

I wouldn’t say I was specifically trying to get into technology. Still, I do recall—when I worked at Energizer—taking a meeting with a very young company called Pure Digital that had a handheld video camera with a built-in USB plug. This was before the iPhone emerged.

The USB could save videos, then plug into your computer and download the files. I had a total ‘a-ha moment,’ thinking that the product would be big, and I half-jokingly asked if I could go work for them. I think that sparked an entrepreneurial bug in me, and I knew that packaged goods weren’t a long-term fit for me. When an opportunity came to go work in San Francisco with Ubisoft, I took it and I have never looked back.

Your company works a lot with retailers. Are they in a technology investment mode right now, or are they waiting for the economy to play out?

Amazon halted its expansion of autonomous stores in the U.K. due to inflation concerns, but global spending by retailers on AI solutions will reach $19.9 billion by 2027, due to the increased use of AI to offer personalized services and predict consumer behavior. Grocers and retailers are definitely feeling the heat of economic uncertainty but, at the same time, implementing AI can help curb inflation woes.

<split-lines>"Grocers and retailers are definitely feeling the heat of economic uncertainty but, at the same time, implementing AI can help curb inflation woes."<split-lines>

What is the difference between your technology and Amazon Go?

Leveraging scalable computer vision, we use a 100% camera-only solution that removes the need for costly shelf sensors and allows the technology to adapt to various store sizes, formats and a multitude of verticals that go beyond grocery. Amazon uses a combination of cameras and weighted sensors, whereas we have found that cameras by themselves do the job just as efficiently—if not more so—than in tandem with sensors.

You have customers in the U.S, Europe, Australia and Japan. What are a few of the regional differences you’re observing in how stores are adopting shopping technology?

Aside from grocery and convenience stores, there’s a growing demand in the U.S. for this technology in entertainment hubs like music venues and stadiums, such as the Miami Dolphins’ Hard Rock Stadium and the Detroit Lions’ Ford Field.

Meanwhile, in Poland and elsewhere in Europe, the need for quick and easy shopping in transportation hubs is growing rapidly. For example, due to increased demand, Zabka, Poland’s largest convenience store chain, recently deployed 50 computer vision-powered stores, many located in transportation hubs.

Sci-Fi films have long fueled fears about a technology takeover, but this presents an inaccurate assumption that jobs will disappear simply because you're adopting new technology. Instead, tech has the power to help companies improve efficiency by reducing some of the more repetitive tasks assigned to employees across industries. If we can help augment labor and focus that labor on more meaningful tasks, businesses will reap the benefits.

Retailers are also often worried about the cost of this technology which, in reality, is fairly minimal since there is no need to overhaul an existing store to deploy it. Another frequent concern for retailers is figuring out how to overcome years of shopper conditioning and encourage them to embrace this new tech. This is true in many sectors when new tech is adopted, but much like we all had to learn to shop online for daily staples, shoppers still need to learn and trust how to shop without a cashier.

<split-lines>"Much like we all had to learn to shop online for daily staples, shoppers still need to learn and trust how to shop without a cashier."<split-lines>

Which tech trends do you find most interesting right now?

We're discussing the elimination of friction altogether, and I think that’s at the heart of most of the technology in this sector. One example of this might be the concept of edge computing, which eliminates the process of having to call up to the cloud, compute, and then bring the data back down to a device, reducing time lag and unnecessary infrastructure.  As this concept gains traction and pervasiveness, it will dramatically increase what is possible at a location.

Most people associate edge computing with Amazon Web Services (AWS) and Microsoft Azure. Where does it fit in with retail?

Edge computing creates astonishing value from the IoT devices that analyze the environment and adjust decisions to reducing latency for what shoppers and consumers find important. That includes receiving real-time, itemized receipts and inventory adjustments as the store is shopped. Such implementations may create a competitive advantage for certain retailers, but they also keep efficiency up and costs down, combating inflationary pressures.

<split-lines>"Retailers, while wary of committing to any technology that will adversely affect their economics, are actively looking to adopt tech at a pace that hasn’t been seen before in the industry."<split-lines>

While some stores have autonomous inventory robots scanning the shelves, or smart carts and price-scanning guns, others feature high-tech self-checkout solutions. Some stores even have screen displays on refrigerated and frozen aisles to show what’s inside without shoppers needing to open the door. These technologies are designed to improve the shopper’s experience, reduce friction and keep prices low.

Retailers, while wary of committing to any technology that will adversely affect their economics, are actively looking to adopt tech at a pace that hasn’t been seen before in the industry. Grocery has historically been a slow-to-adopt channel—an example is that the center of the store hasn’t been materially changed in more than 60 years. But, we believe the days of ‘wait and see’ are over. And grocery retailers are embracing new technologies in any way they can and as quickly as they can.

So, to me, the future looks like shoppers being able to get in and out of a store in the amount of time they want while still being able to find all the products they want at a price that makes sense. To get there, retailers must continue adopting the various technologies I’ve called out to deliver this kind of value to the shoppers. 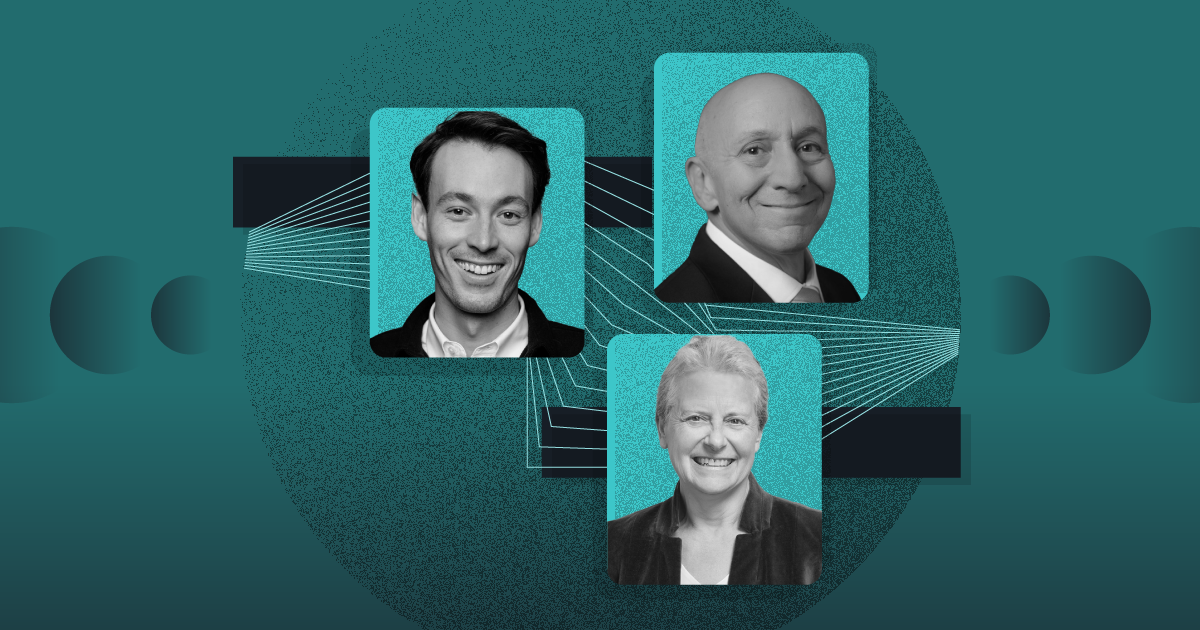 From Our POC Summit to a New Sponsorship Program: Mission North’s Year in Diversity