Editor’s note: This interview is part of Mission North’s Inside the Newsroom series, which presents highlights of our regular AMA sessions with today’s top tech journalists.

Steve Lohr at The New York Times receives 150 emails a day and about 30 story pitches a week, and what frustrates the veteran reporter the most is blanket pitching.

“Do your research upfront and know what an individual journalist is working on before you pitch them,” he advises PR professionals. While Steve does like to respond to emails, he notes it’s hard to reply to a pitch when it’s clearly irrelevant.

Steve has covered technology, business and economics at The New York Times for 26 years. In 2013, he was one of a group of reporters at the newspaper whose 10-article series on the business practices of Apple and other technology companies won the Pulitzer Prize for Explanatory Reporting. He’s a big fan of what he likes to call the “active hunt” of journalism.

Previously, Steve was an NYT foreign correspondent, posted to locations including London, Manila and Tokyo and he has also served as a business editor. As he likes to quip, “I basically missed the 1980s in the United States!” Along the way, Steve has written two books: Data-ism on big data, data science and decision-making and Go To, a history of software and computer programmers.

When we sat down with Steve earlier this year in an AMA, he shared some thoughts on reporting, sources, pitching and stories during our conversation:

Remote Reporting in a Pandemic

What Steve chooses to cover has not fundamentally changed during the enforced transition away from face-to-face interviewing to remote reporting during the COVID-19 pandemic. His goal remains building out a story with words. “Not too much gets lost because you can still create a scene or a narrative remotely,” Steve said.

What’s harder to achieve remotely are conversations on background versus on-the-record interviews. Those informal chats were easier to manage in-person when the reporter happened to be in transit and able to stop by to connect face-to-face with an interviewee. “What’s missing in the isolation is how an offhand comment can lead to something else,” Steve said. That ‘something else’ might result in another angle for an in-progress article or in an idea for a related or brand-new story.

What’s missing in the isolation is how an offhand comment can lead to something else.

Preferred Sources Are Those Closer to the Product

In determining the most useful sources for his stories, Steve is keen to talk either to the individuals at an organization who have direct experience in creating the technology or to their immediate managers versus a C-suite discussion.

“CEO interviews can be fine, but, often, what I’m looking for is where technology shines and where it stumbles,” Steve said. “I find that, particularly in large companies, the top people have been through so much media training that it’s hard to have a genuine conversation with them.” The executives tend to be wedded to speaking to their bullet points, he added, while noting that there are, of course, C-suiters who are exceptions to the rule.

I find that, particularly in large companies, the top people have been through so much media training that it's hard to have a genuine conversation with them.

What to Pitch, What’s Overplayed and What’s Underreported

In general, Steve focuses on writing longer features rather than day-of stories. While he may profile individual enterprises, his stories often examine how a number of smaller companies fit into a larger theme. “The easiest path to attract my attention is a focus on policy and consumers and the broader impact on public interest,” he said. Typically, this may mean he’s looking to interview government staffers and academics alongside technology vendors.

For Steve, as for other reporters we’ve interviewed in this year’s AMAs, both cryptocurrencies and NFTs are overplayed technologies and therefore less interesting to cover in stories.

Steve believes that enterprise technology remains inherently underreported despite its crucial role in helping to drive productivity and change the workforce. “Enterprise stories move the meter in the economy,” he said. “It becomes a question of absorption—Where is the technology being used and where is it making an impact? The massive pace of how technology innovates is undercovered. It’s moving faster than ever before and it’s moving higher up the food chain to cognitive work.”

The massive pace of how technology innovates is undercovered. It’s moving faster than ever before and it’s moving higher up the food chain to cognitive work.

Steve is fascinated by the crossover between technology and economics as seen through the lens of public policy. How organizations are balancing their use of human workers and robots is much on his mind as are shifts in how those companies approach reskilling and upskilling as well as hiring and onboarding.

“I’m seeing major companies at scale moving to skills-based labor markets as opposed to requiring college degrees,” Steve said. “There’s also a change in the kind of thinking that ‘If we train employees, they will go elsewhere, so training is a lost investment for our organization.’” 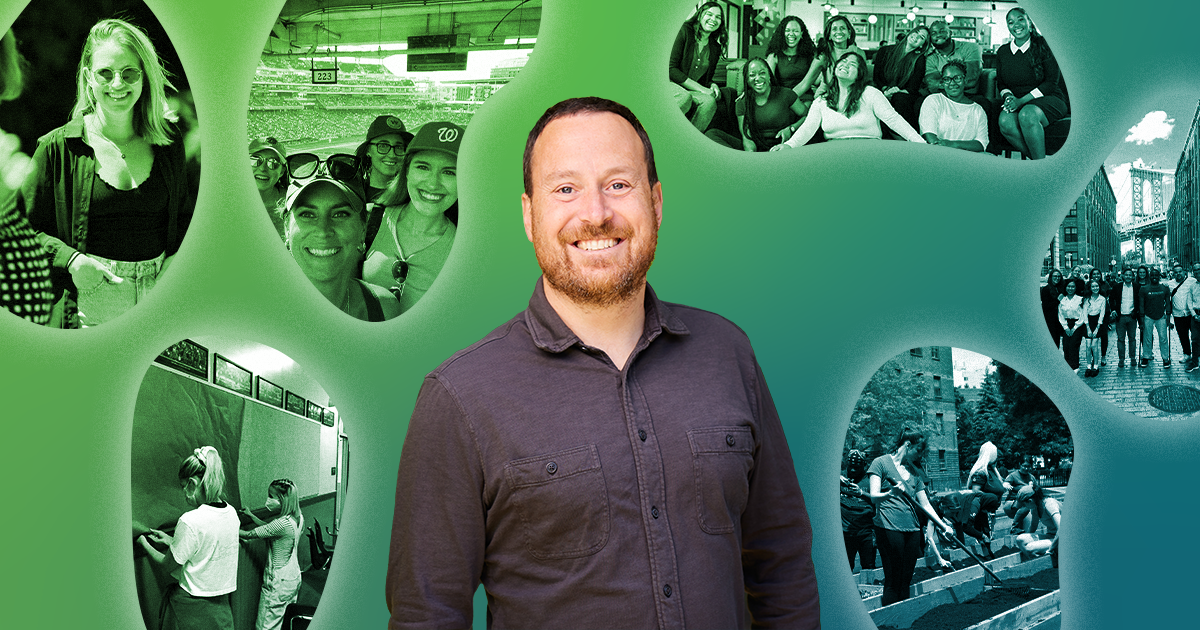